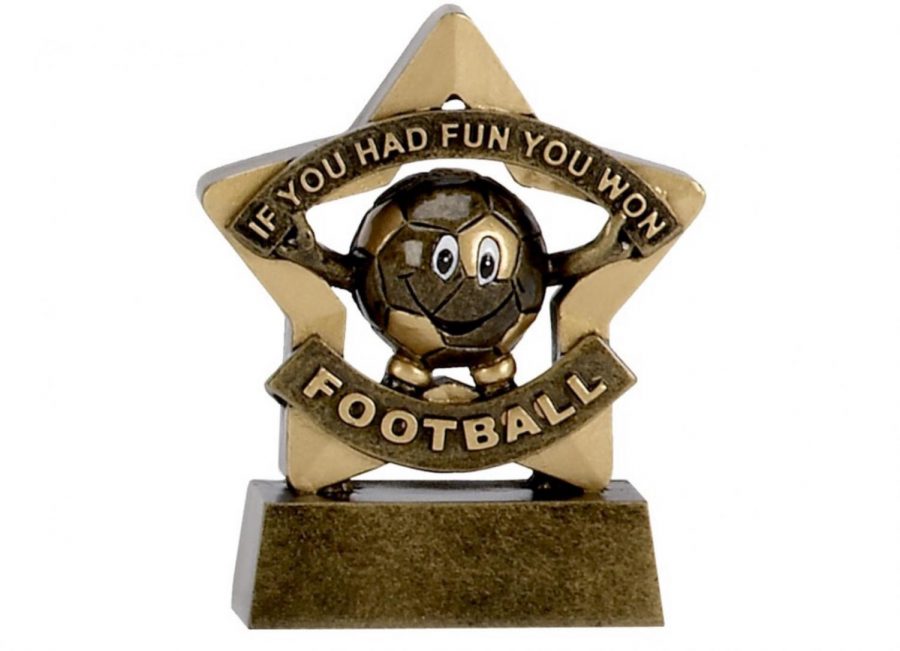 It’s the last day of the youth soccer season. Six-and-seven-year-olds are running about the field while their parents watch and cheer. Your child may kick the winning goal or could be picking dandelions on the sidelines. Either way, at the end of it all, win or lose, all-star or novice player, all the kids on each team line up to get a trophy. Every child is rewarded for playing the game. But is this really the way we want to have kids play youth sports? Do we want every kid to get a trophy—just for showing up? It’s a difficult question, but after a lot of internal debate, I’m siding with the 57% of Americans who believe that participation trophies are harmful and have no place in youth sports.

Now, for some context, I’m not walking into this cold. I’ve been playing hockey since I was six years old, and I’ve been skating almost as long as I can remember. The game of ice hockey has a special place in my heart, and in my home. I’ve played in hundreds of games, and I’ve won about as many as I’ve lost, but one thing stands out to me about my experiences in youth sports: I never once earned a participation trophy while playing hockey.

I lost many times, and when it mattered the most, sometimes I couldn’t deliver, and although it was difficult to accept, sometimes I had to lose. According to Ashley Merryman, the co-author of “NurtureShock: New Thinking About Children,” this is crucial. She notes, “If children always receive a trophy — regardless of effort or achievement — we’re teaching kids that losing is so terrible that we can never let it happen. This is a destructive message, because how we react to kids’ failure is just as crucial as celebrating their success.”

I wholeheartedly agree with her. Participation trophies were created for a good reason, to encourage kids to keep participating in sports and to get them to feel good about the effort they put in, win or lose. However, they’ve unintentionally sent a harmful message, which is to teach kids that failure is unacceptable, that it’s something to be avoided at all costs. Instead, we should be teaching kids that failure is an important part of life, that learning from our mistakes is how we get better and how we mature, instead of just pretending that it didn’t happen, and throwing trophies at the problem.

Some may be concerned about the sensitivity of young children. Kids feel deeply, and they take losing hard, whether it’s a championship game or a round of Monopoly. Participation trophies were created, in part, to soothe children, and teach them that the score doesn’t matter. Unfortunately, that’s not really the way the world works. The score does matter. Although we can’t always win, it’s more important to reward hard work and real effort than it is to make every kid feel like a winner.

The reality is, not everyone can be a winner. However, kids need to learn that working hard and accepting failures are far more important than winning every time. If we want to give kids trophies, let’s reward effort and a real love for the game that they play, rather than just telling them that they did a good job for showing up.

Participation trophies are a thing of the past. Let’s keep moving forward.