Theatre Workshop’s disorienting and brilliant performance of “Wake Up Call” 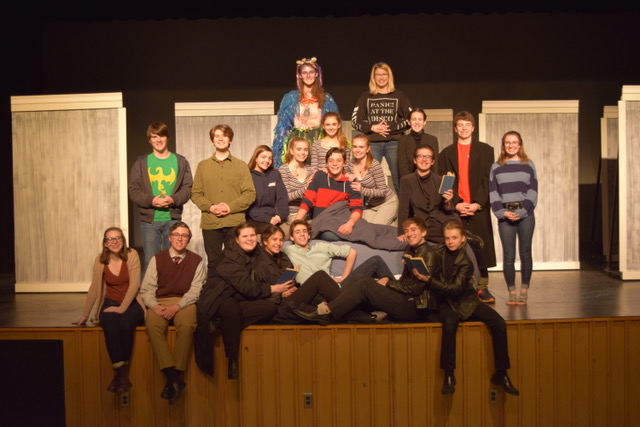 This year’s Theatre Workshop one act production, Wake Up Call, was very well-received by the Hamilton-Wenham community. A comedy by Stephen Gregg, Wake Up Call depicts seventeen-year-old Jim, (played very endearingly by Chris  Tsouvalas,) who wakes up from a nightmare concerning his girlfriend Rochelle…and then wakes up again…and again…until it’s not quite clear what’s a dream and what’s reality.

Adding to the confusion, Rochelle is played by Kate Riccio, Sydney Rahilly, and Kate Rubel—a different cast member to play Rochelle each time the nightmare involves her character. This proved to be a clever device to keep the audience just as disoriented as Tsouvalas’ Jim.

Congratulations to all involved for a wonderful performance!

Wake Up Call
by Stephen Gregg