Neck and Neck With Bedford 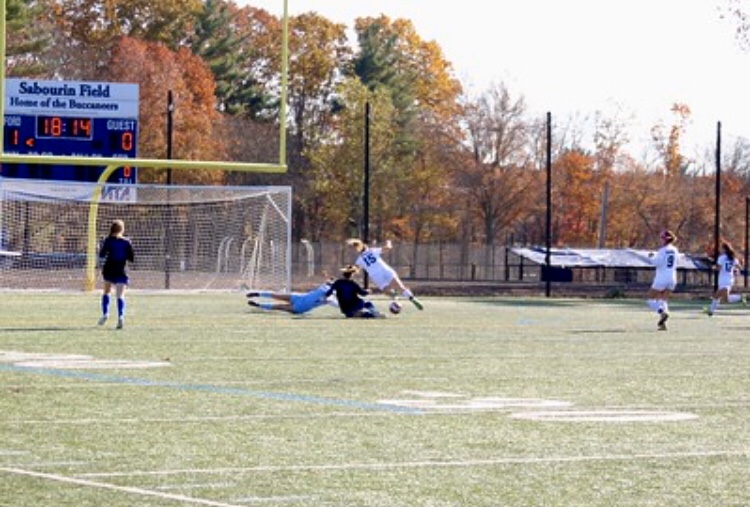 Generals scoring a goal against Bedford

On Sunday, November 3rd, the Hamilton-Wenham girls soccer team played against the girls’ soccer team in Bedford. Throughout the whole game, the two teams were neck and neck. Near the end of the first half, Bedford scored a goal against the HW goalie, Addie Condon. But, in the second half, HW Senior Klaudia Rushi scored a goal, tying the game and giving the generals a chance. The game went into two ten minute overtime with no change in the score leading to five penalty shots for each team, to determine a winner. Seniors Klaudia Rushi, Jordan Story, Belle Dolan, Hannah Moroney, and Maddy Rivers were chosen to kick the penalty shots. Each girl made her goal. Bedford made only 4 of the 5 goals, giving the generals the win. Unfortunately, the team lost the next round, but played well. A strong ending to a strong season. Go Generals!