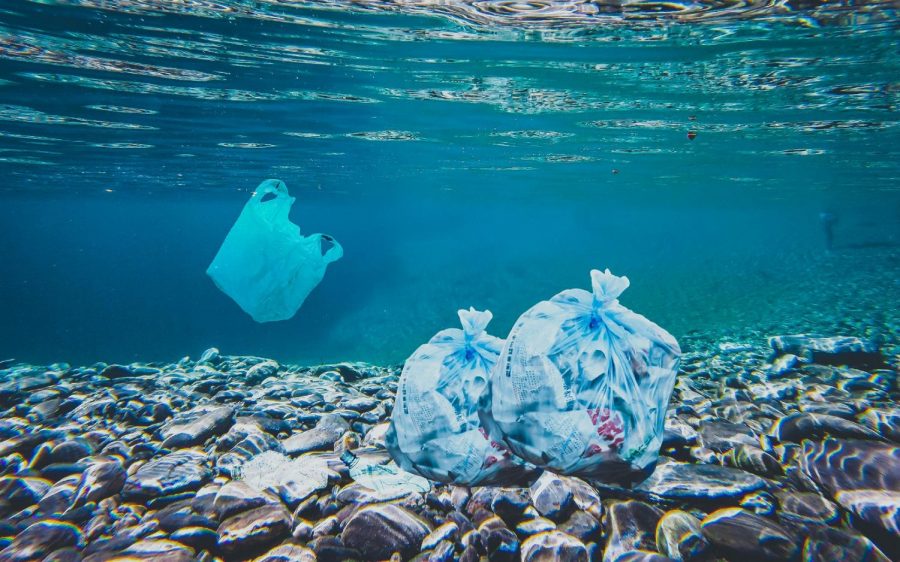 The Great Pacific Trash Patch is a collection of marine debris and microplastics that is also known as the Pacific Trash Vortex. The buildup occurs because plastic is not biodegradable, instead, it is broken up into tinier and tinier pieces by the sun’s energy, a process known as photodegradation.

It spans waters from the west coast of North America to Japan. It comprises different two garbage patches; the western garbage patch near Japan and the eastern garbage patch between California and Hawaii. The North Pacific subtropical convergence zone is the region in between these two patches that combines them, being a few miles off of Hawaii, this zone acts as a causeway to move debris from one patch to the other using the strong ocean currents.

The whole garbage patch is bound together by strong ocean currents rotating clockwise over 7.7 million square miles of water. These currents swirling together are called a gyre, and the center is very calm and stable like the eye of the storm.

Most of the patch cannot be seen by the naked eye because it is made up of microplastics that make the water look cloudy like there is a swarm of phytoplankton inhabiting those waters.

Scientists have recently discovered that the ocean floor is covered with microplastics as well, and about 70% of microplastics from the surface sink to the ocean floor create a layer of plastic sand. Many animals mistake these plastics for their food, consume them, get stuck in them, and can be seriously injured or even killed. A large number of animals also drown in abandoned fishing nets from passing fishing boats, large whales and turtles are subjected to these nets.

Microplastics block sunlight from reaching the algae and plankton which are the main producers of the aquatic ecosystem and the bottom of the food chain, this causes animals that feed on plankton and algae to decrease, eventually, the decrease gets up to the main predators of the ocean which makes seafood more expensive and rare for the human population on earth, causing the price to go up on seafood around the planet.

Limiting or even eliminating the use of single-use plastics is the only way to completely end the growth of the great pacific trash patch. But we can also repurpose the single-use plastics into something new, or opt to use reusable bottles and containers. You can also make sure your plastic waste gets to the trash and recycling bins instead of the side of the road or on the ground so that it does not end up in the ocean and harm the sea creatures and the environment.