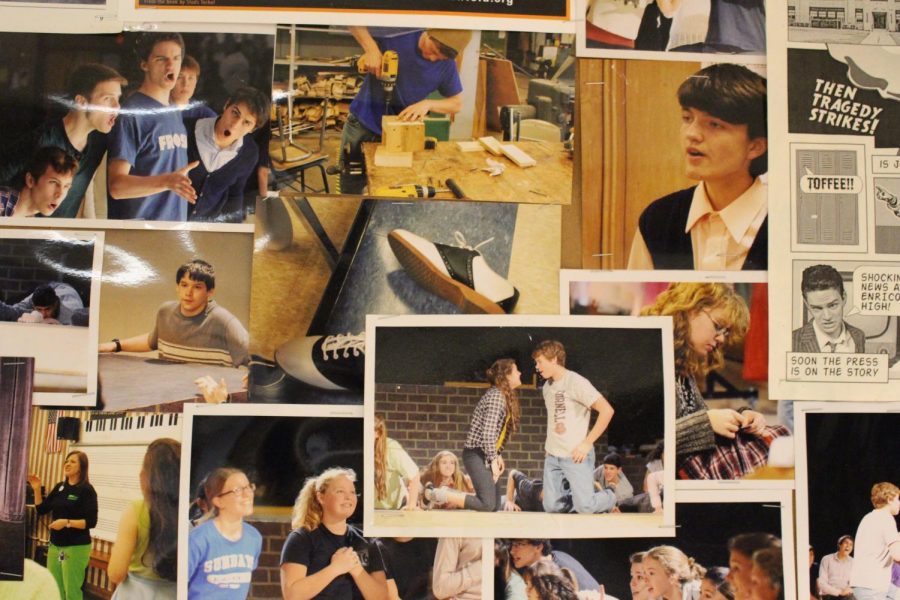 Past Photos of many productions are outlined in the hallway outside the Ferrini Auditorium.

The High School musical club is not your typical club. To join you need to try out. Not everyone makes it, but don’t let that discourage you. They encourage everyone to try out because the play each year depends on the amount of people, the cost, the rights, quality appeal, the genre and style changes every year. Run by Mr. Shailor, Ms. Simko and Mrs. Burnett, and Mr. Burnett. Into of the Woods tells the tale of many fictional characters.
After many auditions at the beginning of the year the cast was chosen including actors, technicians and stage crew. Now they are working hard to learn the lines, songs and choreography. To join you must audition at the beginning of the year. If you are unable to there are always other plays you can get involved in. The One Act Festival occurs later in the year and they encourage everyone to try out. To get a feel for how the theater works, there is the option to help out with the middle school play, too.
These dedicated actors show up every day after school to rehearse for the show dates on November 9th at 7p.m. and November 10th at 2 p.m. and 7 p.m. You can support the actors and see the play.