The benefits of cell phones 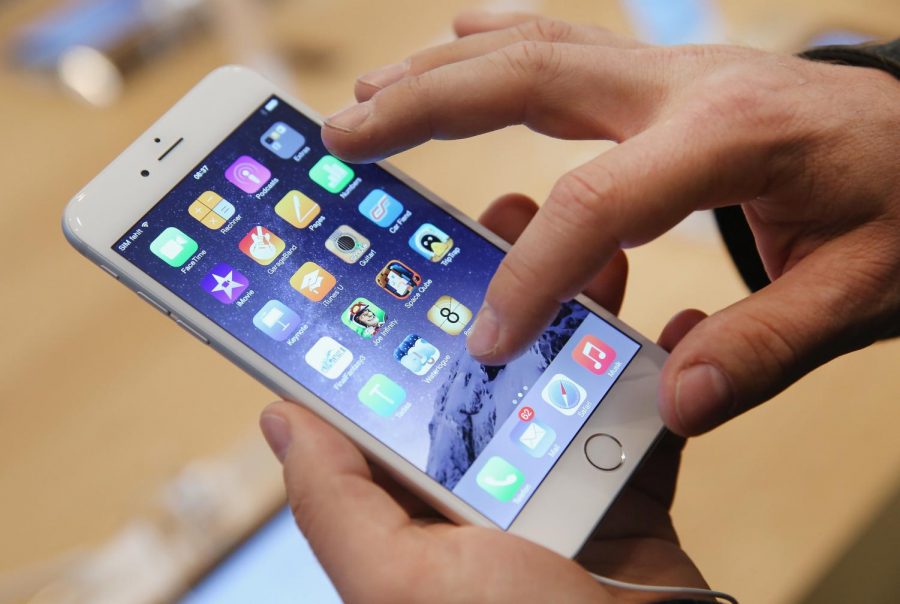 Since the day we were born, we have been exposed to smartphones. We have grown up in the midst of enormous technological advances. As we have gotten older, the impossible has become reality, and such advancements as self-driving cars, rockets that return to Earth, and the wonders of Netflix are no longer fantasy. Smartphones are becoming more and more prominent, and a bigger part of our lives. As of 2017, 98% of Generation Z (kids between ages 8 and 18) had a smartphone, according to the Global Web Index. Smartphones are everywhere, and these days just about everyone you know likely has one on them at all times.

Smartphones have not only become a larger part of our world, but they’ve also continued to get better and better. With the development of the iPhone came a surge of new technology, and the clunky Nokia that was once the pinnacle of advancement now looks like a relic when compared to the sleek, modern devices that we use today. As a society we have continued to move forward since the invention of electronics. Admittedly, as our mobile phones get better, they carry some risks with them. But these risks don’t outweigh the positive outcomes that come along with this technology.

“Smartphones are everywhere, and these days just about everyone you know likely has one on them at all times.””

According to Business Insider, in 2017, two-thirds of the world’s population had a cell phone of some kind. When you consider just how many people that statistic entails, you might start to grasp just how powerful the smartphone is. Sitting in your pocket is a supercomputer, a calculator, a connection to the world’s largest source of information, a communication device, a near perfect clock, a calendar, and a note-taking device, along with nearly two million apps available for download. Four-and-a half billion people now have access to the most useful tool ever created, and in that way, the world is more connected than it’s ever been before.

Although overuse and addiction are real dangers, there are now settings in most smartphones that can show you how much you’re using your phone, and even limit your use. This is especially helpful for teenagers, who are more prone than others to be sucked into the digital world. Smartphones can be addicting, but it’s still a truly revolutionary device, and if parents can limit usage for their teens, it can be used in beneficial ways.

“This is especially helpful for teenagers, who are more prone than others to be sucked into the digital world.“”

As smartphones have slowly embedded themselves into society, they’ve also become a vital factor in the rapid globalization that we’ve experienced in the past years. Smartphones have made it an almost effortless process to spread ideas and information around the world. In Africa, farmers can use technology to figure out market prices. This allows them to know whether they should sell or not, helping the in the long run. From 2008 to 2014 Kenya’s poverty line has gone down by two percent. The way that the use of smartphones has impacted the world is crucial to how societies will, and have advanced.

One of the most useful functions of a smartphone is to connect us to the internet. The world’s largest source of information sits at your fingertips every time you pick up your phone. The answers to a billion questions are available to anybody who wants to find them. Not only that, but the internet is also an enormous hub for the sharing of ideas and information, and we have become more connected globally than we ever have before. Two people on opposite sides of the world can have a conversation as if they were sitting right next to each other, and that is truly powerful.

“Not only that, but the internet is also an enormous hub for the sharing of ideas and information, and we have become more connected globally than we ever have before.””

Many parents and adults can find it easy to demonize the cell phone, and sometimes it’s not without just cause. Today’s smartphones are imperfect, and they can be addicting. But that doesn’t mean that they are evil. The smartphone has a plethora of resources that are designed to help, not hurt. The most powerful tool in the world doesn’t have to be used in the wrong way.