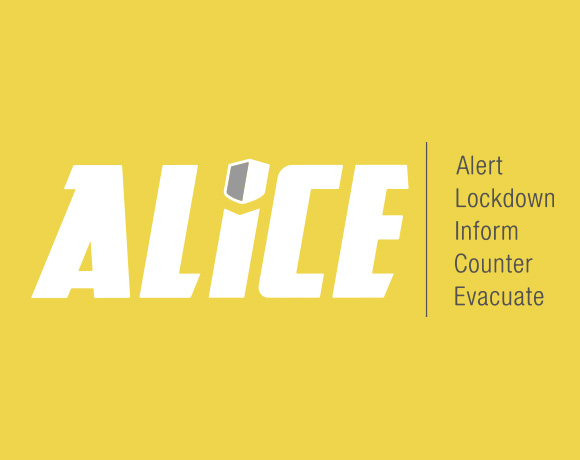 Crouched and huddled in corners, with the lights off and the shades drawn, students sit silently. Perhaps they talk in whispers, but in general, the atmosphere is quite different from your everyday classroom. This is a lockdown drill.

In recent years, school shootings have become a hot-button topic that districts across the nation have discussed. According to Time Magazine, there have been nearly 400 school shootings in the past five years alone. Lockdown drills that once were nonexistent have become as common as fire drills. Fear and concern have spawned a new system of keeping schools, teachers, and students safe.

The lockdown system tries to keep students and teachers safe by having them lock the doors, stay hidden, and avoid confrontation. For the past several years, it’s been an effective and widely used method for schools across America. However, HWRSD, as well as other schools in the area and across the country, are beginning to transition to a program called A.L.I.C.E.

A.L.I.C.E., (Alert, Lockdown, Inform, Counter, Evacuate), was created by Greg Crane, a Dallas police officer whose wife worked as a principal in the area. In the wake of the increasing number of school shootings in America, Crane became curious about his wife’s plan if her school was ever broken into by someone who wasn’t welcome. She told him about the lockdown method that many schools use, but Crane felt that it was unhelpful and could lead to more damage than necessary. He helped create A.L.I.C.E. to improve upon this older system, and ensure safety for students and teachers.

When we sat down with Mr. Menegoni and Mr. Tracy, we wanted to understand how this system differs from the one previously in place. Both administrators were on the same page, and spoke about how this program requires people to think more on their feet, responding to the situations they encounter. If an attacker is in the hallway next to you, it would probably be better to find a way to escape rather than just sitting in a corner, waiting for something to happen.

When asked about why the A.L.I.C.E. program is being implemented into Hamilton Wenham Schools, Mr. Menegoni told us that there was a lot of influence from the community, especially from parents. In addition, “There was interest from the school administration [that drew us to it],” and from public safety officials like the police and the fire departments.

Mr. Menegoni also explained that many people often thought that the old lockdown method asked individuals to hide, and not take any action, which he said was not the case. Action was an option with the old method, and it also asked for quick thinking. If the best option was to evacuate, then schools should do this. However, the A.L.I.C.E. program adds a unique way of dealing with intruders, which is as a last resort—to actually engage with them. Mr. Menegoni pointed out that “Humans have a natural fight or flight reaction.” He added that he hopes in most cases we use the flight method, but sometimes that isn’t the best option. He described the A.L.I.C.E. program as “more well defined” than the last program.

Ultimately, the decision came to Dr. Harvey, HWRSD’s superintendent. He was our last interviewee, and he provided information that was incredibly helpful. Dr. Harvey spoke to the fluidity of A.L.I.C.E. and how it expanded upon the “quick thinking” concept of the lockdown system. “With the lockdown system, we had a kind of blanket statement that said: Think on your feet,” said Dr. Harvey. However, A.L.I.C.E. “…gives people license to think.”

Furthermore, Dr. Harvey emphasized how important this system was to the area. He explained that “Most districts around here don’t have [an A.L.I.C.E. certification].” This was a key point for Dr. Harvey, who wants the district to be prepared for dangerous situations such as the ones that have been occurring across the nations.

According to Campus Safety Magazine, A.L.I.C.E. is a system that takes the lockdown drills to a whole new level in an attempt to combat the rising rates of school shootings in America. It tries to build upon the ideas that the lockdown drills introduced in the early 2000’s.

School shootings are a tragedy that every district wants to avoid, but that doesn’t mean that schools won’t prepare accordingly. HWRSD is relying on A.L.I.C.E. to do its job, and we at The General Consensus hope that we never have to use it. However, we trust that if the day ever comes that we need A.L.I.C.E., we will all be ready.