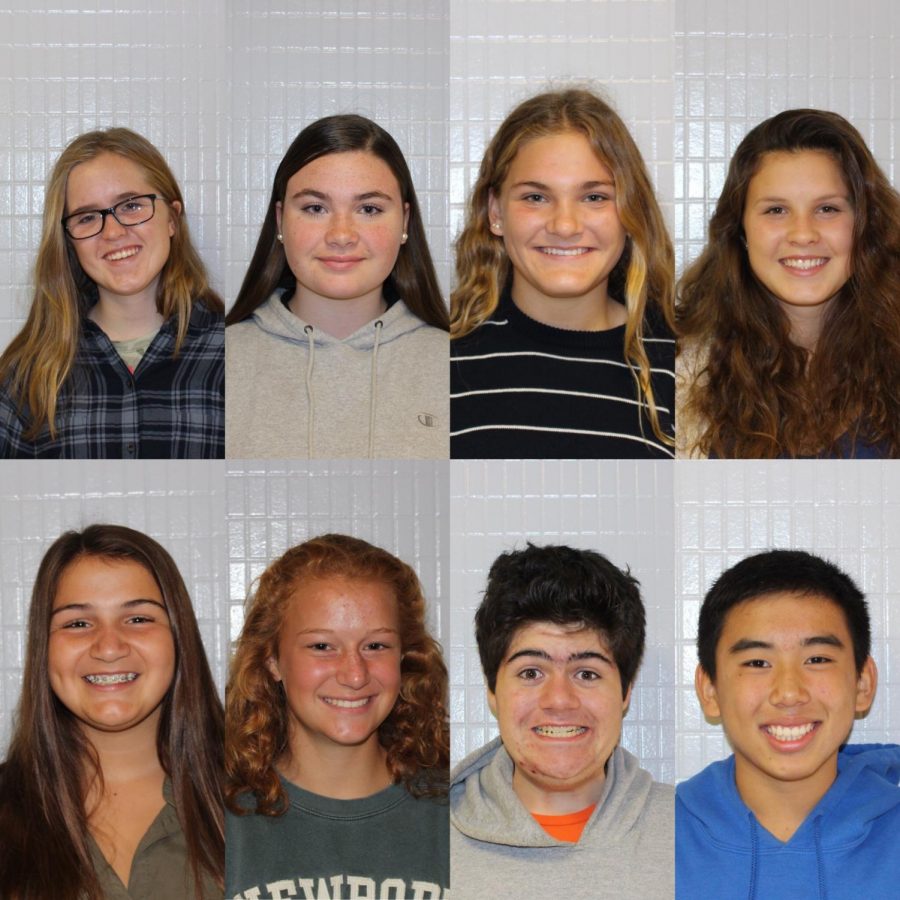 On August 28th, a wave of freshmen entered their new school— and a new community. Each year of school brings different faces, personalities, and points of view with the incoming class.

It’s easy for their older peers to ignore them and say “ugh, freshmen,” but with the Class of 2022 making up about a quarter of the student body, it’s important to hear what they have to say about the school.

Students are already finding potential areas for change in the school. “I have noticed that the library has become less and less accessible to everyone, and I know that a big thing about coming up to the high school was that we were looking forward to going to the library and doing homework while with others,” said freshman student representative Sarah McMahon.

Luckily, the freshmen have the opportunity to make an impact in the school through student government. Each grade has 4-5 representatives, as well as a president, vice-president, secretary, and treasurer that work to express the voice of their grade.

There’s a lot of decisions that are made. I wanted to be a part of that and make sure our years of high school are good.”

At the beginning of the year, announcements are made on the intercom for freshmen to pick up their nomination sheets. Interested students pass around these colorful papers asking for the support of their classmates. Once they receive enough signatures, their next step is to write a speech for Election Day that sums up their ideas and plans for the school year.

What causes a fourteen-year-old entering a new school—with a whole new schedule and new hallways to navigate—to decide to add the responsibility of representing the class onto his or her already heaping plate?

President Jessi Cooper said she chose to join student government because “there’s a lot of decisions that are made. I wanted to be a part of that and make sure our years of high school are good.”

“There was a lot of interest. This group of officers just wanted to serve,” explained Mr. Beckwith, the Class of 2022 advisor.

Ms. Rogal, the former student government advisor, talked about the importance of getting involved. “You want people to participate because not everyone’s an athlete, not everybody’s in theater, not everybody does math team, but together and collectively, we have so many talents and so many things we can share and the more people who participate, the greater the sense of community.”

On the day of the election, each prospective student officer walked up to the podium to address his or her classmates. The auditorium was filled with the entire freshman class staring at them, eager to hear what they have to say. It is not easy to speak in front of your entire student body and tell them why they should vote for you.

Public speaking is known as the number one phobia, even outranking fear of death (BrandonGaille). Combining this with the discomfort of starting high school made Election Day even tougher for the candidates. It must’ve been an overwhelming experience, with the glaring beams of the theater lights shining down and the eyes of all their classmates on them.

For a few moments before each speech, one could only hear the rustling of papers and the scratching of the microphone. After the speeches were complete, the potential officers had to face their next challenge: the nerve-wracking wait for the results of the voting process, which were announced that very afternoon.

Once elected, the officers are in charge of organizing events for their class and raising money. While planning these occasions, the freshmen leaders hope to address the needs and ideas of their whole grade.

“All of the student government officials are working on making sure all students have a voice in any kinds of decisions,” said Grace Rebello, a student representative of the freshman class.

Sarah McMahon agrees, saying that she wants to work on “hearing everyone’s voice and making sure that everyone’s ideas and opinions are voiced in our government and our decisions are made as a class.”

However, it’s not always easy to reach a consensus in a group of 137 teenagers who all have varying opinions. Even the seemingly simple task of picking class colors became a difficult decision that takes time and consideration. The student body officers debated back and forth between purple and white and purple and gold, trying to satisfy the requests of their classmates.

Luckily, the new freshman government officers have a good mindset on how they want to help their class. Freshman class president Jessi Cooper already has thoughts for the year ahead. “I want to do…not a ton of fundraisers where it’s too many to count, but a good amount that can earn a lot of money, then progressively earn more so we have enough to have a good prom and be able to pay for everything that we need to.”

Other officers have plans as well. “Some of my ideas are to coordinate events that anyone can participate in, such as events at sports games,” said secretary Ryan Luo. “One of our ideas was having a bake sale at sports games.”

Mr. Beckwith is optimistic about the year ahead, and is proud of how the officers have done so far. “I think they are doing a great job, [they are] responsible, [have] great ideas, great communication.”

As the year kicks off, the officers will have the ability to create a path forward for the Class of 2022. People often talk about how high school students need to be proactive in order to succeed, unlike Middle School where you can rely more on teachers. The same mindset can be applied to student government, as it’s now up to the freshman officers to create a fulfilling class experience for their grade.

Ryan Luo said, “I definitely think that student government in high school has more responsibility, but also more freedom to coordinate events that people would like,” Luo said.

Sophie Strozier, a class representative, concurred; “I didn’t really see a lot of choices that the [middle school student government] was making and I wasn’t aware of it… But I think student government here plays a really big role and they seem to advise the teachers on a lot of things which I didn’t expect.”

Through student government, all members of the school can make an impact in the community, from the seniors at the end of their high school experience to the freshmen who are just beginning. As Jessi Cooper puts it, “In [middle school] it’s just, like, 8th grade is… the most important, but now [in high school] it’s like we’re all…. important.”

“Freshmen are valued …you guys are coming in with a new set of ideas, that haven’t been here…we want you to share you guys to share your ideas, what kind of creative things do you want to become involved in as a class…you’re bringing new things to the table, and I think that’s exciting,” Ms. Rogal said.