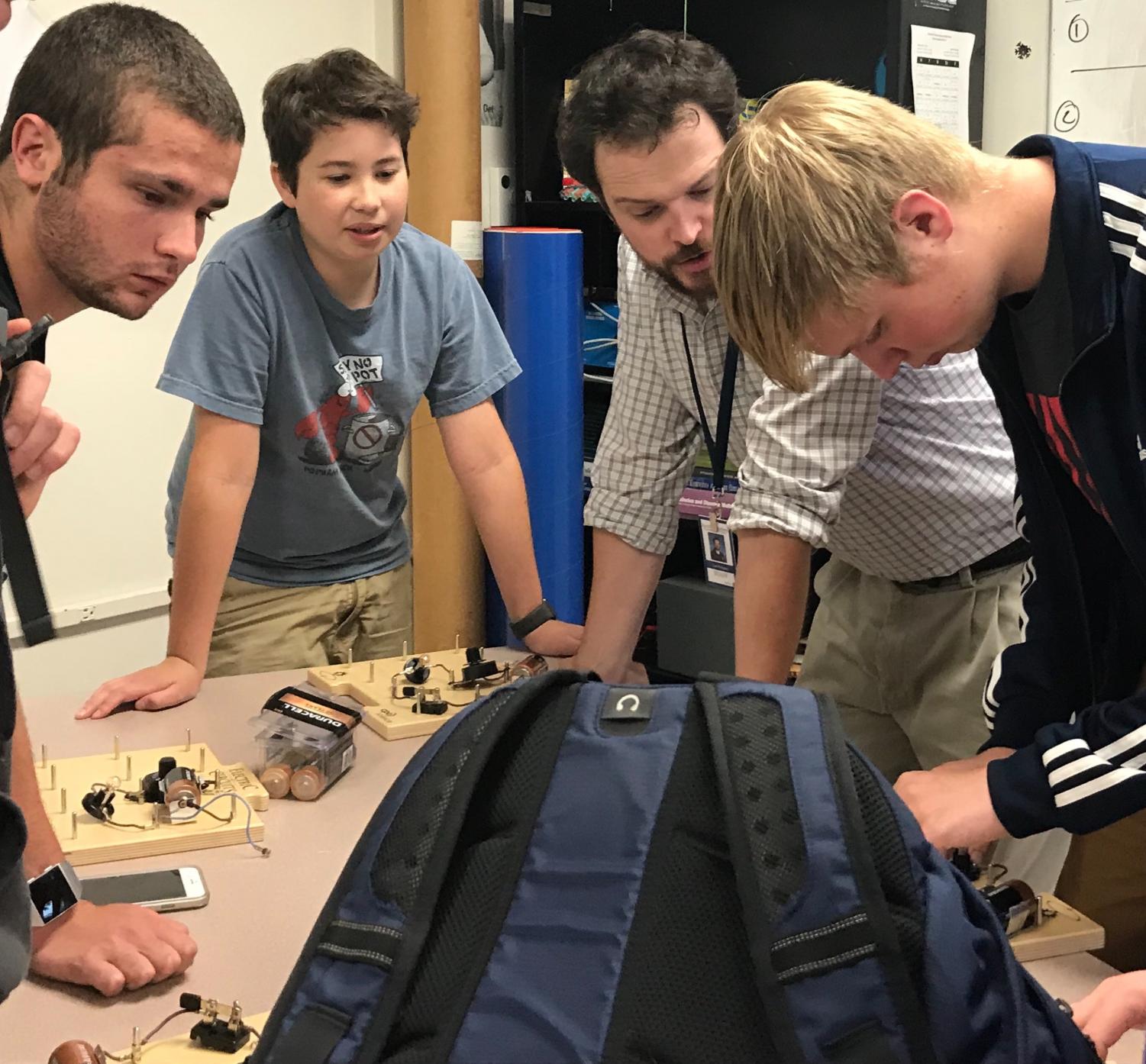 The rise of the Robotics Club

What is the Robotics Club?

The air is buzzing with excitement. There are hushed voices and the clinking of metal. You pace around on the hard floor, unable to keep still. You keep going over your code in your head, trying to make sure it is perfect. This is what you have been working for since September; this is your shot at victory. There is a fluttering of paper as all your teammates look over their work one more time. The bell rings, startling you. You look once more at your robot, then at the rope it is supposed to climb. The announcer calls your team’s name, and you think, this is it. You take a deep breath and then you hit start.

At the end of last year, Mr. Shippen approached members of the Math Team with a daring proposal. His dream was to create a Robotics Club for Hamilton-Wenham Regional High School, and he was looking for help. He had tried two years earlier but faced a few problems that prevented it from running for more than a few months. When we asked Mr. Shippen what drove him to create a Robotics Club, he responded,

I grew up with my dad being an electrical engineer and him teaching me how to make little robots, so now I am hoping to impart that knowledge to the students here at Hamilton-Wenham.”

Seniors Sean Li and Richard Paul readily agreed to help Mr. Shippen, because they, too, shared a love of science and mathematics. Over the summer, Mr. Shippen wrote grant proposals and filled out the forms that needed to be submitted in order to take part in the F.I.R.S.T. competition. For Inspiration and Recognition for Science and Technology, or F.I.R.S.T., is a non-profit STEM program dedicated to “inspiring young people to be science and technology leaders.”

When Sean Li was asked about what the Robotics Club is, he stated,

This is a way for us to explore a passion for science, technology, engineering and also help other people develop their interests as the year goes on.”

Next, Mr. Shippen met with Ipswich and several other schools to see their robotics clubs and began to roll out his plan for the Robotics Club. Sean Li and Richard Paul were in charge of gauging student interest. They spoke to their friends and fellow classmates, looking for anyone interested in joining the club. At first, Sean admitted, “We didn’t know who would be interested.” Sean, Richard, and Mr. Shippen were all thrilled when thirty people showed up at their first meeting.

When we asked Sean about his hopes for the Robotics Club outside of the F.I.R.S.T. competition, he responded, “The club is about learning and helping other people. Anything we can do to apply our knowledge and experience outside that area, I think, would be great.”

Currently, Sean and Richard are in charge of the Electrical Engineer and Computer programing sections of this club. They have always loved STEM and both hope to pursue careers within these fields. Sean and Richard both stated that they had wished this club was available to them when they were freshman, and this is one of the reasons why they helped create this organization. “We want people to start freshman year and be robot building experts by senior year,” explained Richard Paul. Sean and Richard are both in charge of teaching the members of their sections the necessary tools needed to build a robot. The varying sections of Robotics Club are programming, mechanical engineering, electrical engineering, and marketing. All of these skills are needed during the F.I.R.S.T. Robotics Competition.

What is the F.I.R.S.T Robotics Competition, you may ask? Well, the F.I.R.S.T. robotics competition combines the excitement of sports and the rigor of math and science. The Teams are all given six weeks to raise funds, design a team brand, and work as a team to create an industrial sized robot that can play a complex field game against a like-minded competitor. When we asked Sean what the robot’s task was this year, he stated, “It’s a mystery till the build season.” The teams receive their materials at the beginning of January, and then the district and regional competition begins in late February and early April. Those who qualify are then off to nationals.

When we asked them what their hopes were for this competition, Mr Shippen stated

I hope they gain a sense of team and feel a part of something bigger than themselves and that they learn some cool skills” and Richard added and to hopefully beat Ipswich.” 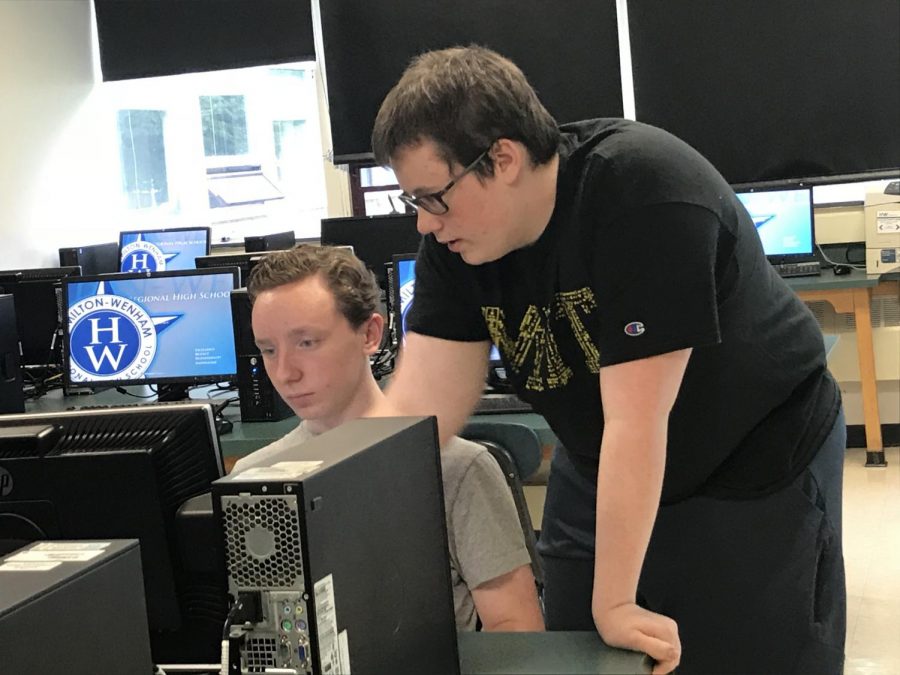