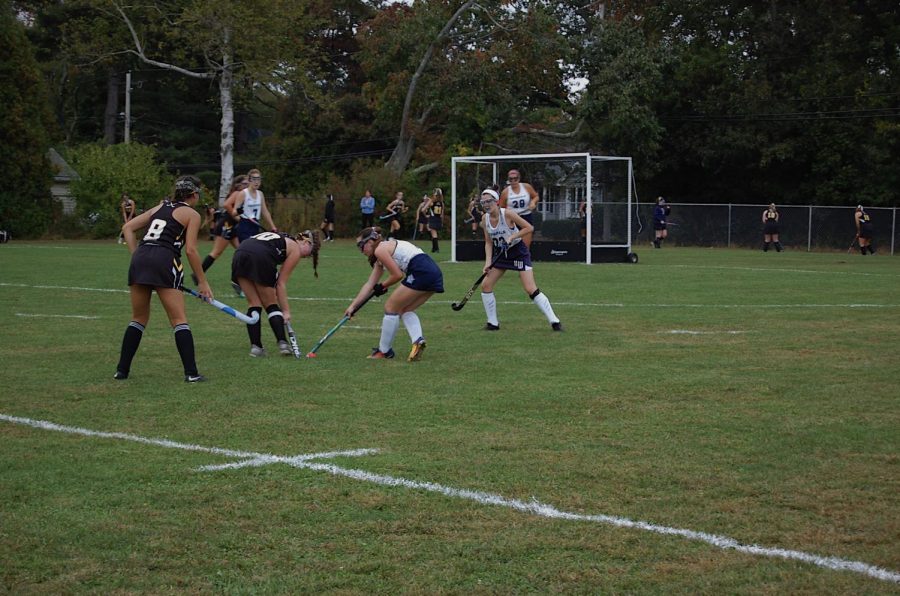 The week’s Female Athlete-of-the-Week is junior, Ronni Flanagan. Flanagan plays for the Hamilton-Wenham Regional High School Varsity Field Hockey team. She has been playing field hockey for three years with the school. Flanagan is a valuable player on the field, she can go from playing defense to midfield to offense; however, she can be found playing left midfield this season. This year the field hockey team has been struggling and has faced many losses, but that doesn’t stop Flanagan from leaving it all on the field after every game. So far this season Flanagan has scored thirteen goals, assisted eight goals this year and has made five defensive saves. By the end of the season, Flanagan hopes to improve her elimination skills and would like to step up her game to a Division 3 field hockey player.