Book Reviews: What to Read During Quarantine

As the world seems like it’s melting down around us, all anyone wants to do is get out. In the past few weeks, I’ve been reading non-stop, chasing that feeling of escape while still remaining indoors. To help you all through the boredom that comes with quarantine, I’ve rounded up a few of my favorite books to read when I’m itching for some escapism.  And, to help you out when choosing one of these books to read, I gave each of them a ranking out of 5 stars. I based my rankings on how much I enjoyed the book’s action and plot, how well-developed the characters were, and how immersive each story felt.

Six of Crows centers around teenage criminal mastermind and gang leader Kaz Brekker’s plans for the heist of a lifetime— breaking into the impenetrable Ice Court of Fjerda. And, like any great heist story, Kaz has a team: a ragtag group of teens who have all found themselves, one way or another, part of Kaz’s criminal underworld. The novel, the first in a duology, is told through the perspectives of five of the six members of the team. As Bardugo fans may know, Six of Crows is set in the same universe as the Shadow and Bone series and is currently being adapted into a Netflix series that combines the two.

The novel feels like someone set Ocean’s 11 in a world that’s a hybrid of Game of Thrones and Avatar: The Last Airbender. While this may seem to be a strange combination, I can assure you that it completely works— creating a fantasy world with elemental magic without feeling childish. Although the setting is completely fictional, Bardugo draws clear influence from distinct times and places in world history. For example, Ketterdam, the city where the main characters reside, is inspired by 17th century Amsterdam and New York.

There’s never a dull moment in the action of the book, and it contains plenty of fight scenes and ingenious criminal plans. However, although I loved the action, Six of Crows’s characters were what really drew me in.

“Kaz leaned back. ‘What’s the easiest way to steal a man’s wallet?’

‘Knife to the throat?’ asked Inej.

‘Gun to the back?’ said Jesper.

‘Poison in his cup?’ suggested Nina.

Kaz rolled his eyes. ‘The easiest way to steal a man’s wallet is to tell him you’re going to steal his watch.’” — pg. 126

Unlike many other books aimed at high schoolers, which often contain characters who feel flat, one-dimensional, and unrealistic, each of the core six in this book jump off the page. True to the genre, there are romantic elements, but these don’t feel gratuitous or forced. As far as reading difficulty, this book is well-suited to high school students and mature middle schoolers. And, although the book clocks in at 462 pages, it feels like a quick read, one that is definitely worth your time.

“Reds at the bottom, everyone else standing on our backs. Now you’re looking at me and you’re realizing we don’t bloodydamn like it down there. Red is rising…” — pg. 94

Red Rising takes place in a distant future, where humanity has conquered and inhabited the solar system. Society is divided into rigid classes given colorful names: Red, Pink, Green, Grey and many more. All of these are ruled by the Gold, with the Red at the very bottom. The book’s protagonist, Darrow, is a Red miner on Mars, living under oppressive rule. After a tragedy that changes his life, Darrow stumbles his way into an interplanetary rebellion, using his logical talents to infiltrate the highest reaches of this strange society.

What I love most about Red Rising is the worldbuilding— I love action and rebellion as much as anyone else, but where the book really shines is in making this broad, sci-fi universe feel believable. The system that Darrow finds himself in opposition to is elaborately constructed, and it’s clear that the author spent a lot of time making the world feel as immersive as possible. The action definitely falls on the grittier side, and isn’t well-suited for the faint of heart, as this book is technically meant for adult readers. The Roman-inspired combat in the latter half of the book is equal parts futuristic and barbaric, and I was heavily reminded of the battle scenes in Game of Thrones. Although there isn’t a TV show or movie based on this book, it feels deserving of one. Red Rising is a sci-fi book that even fantasy fans can enjoy, and its darker style of action makes it perfect for a reader looking for something a little grittier than most young adult novels.

The Selection is the escapist book to end all escapist books. My favorite guilty pleasure read, it can best be described as a futuristic version of The Bachelor…that also involves royalty. The Selection follows America Singer, a young woman living in a futuristic North America ruled by a royal family, as she enters her name into the Selection, a nationwide search for the country’s next princess.

“‘Ah, yes. The man or the crown. I’m afraid some cannot tell the difference…Which do you fight for?’

America is a heroine who I really enjoyed reading, as Cass does a great job of making her feel grounded and relatable to the audience. In a vein of fiction that’s often criticized for poor character writing, The Selection stands apart from the crowd. This book is a classic young adult romance in all the ways Six of Crows is not. It features a love triangle, a rebellion subplot, and a dystopian government that controls its people through a rigid caste system. However, as corny as the premise may seem, The Selection is purely enjoyable. The first in a series of five, it fully captivated me and every friend I recommended it to, as did the rest of the books in the series. And, just a few weeks ago, it was announced that Netflix was picking up a show based on the books. This book has a lower difficulty level than Six of Crows and Red Rising, making it an enjoyable, easy read for most high school students. The Selection won’t be winning any awards on the basis of literary merit anytime soon, but it absolutely delivers on the entertainment front, making it a perfect read in a stressful time. 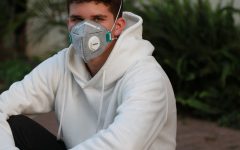 What to Do to Stay Busy and/or Stay Focused